The Rejuvenation of Leonard Landa BBYO #5211 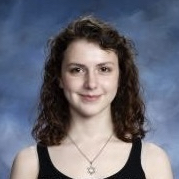 These past months Leonard Landa #5211 has gone through an extreme refurbishment. Previously, a distant and fond memory from members of the city's Jewish community Saskatoon’s BBYO has been reworked and is currently thriving with a new generation of Jewish teens.

The namesake of Saskatoons BBYO has a tragic history. Named in memoriam of 17-year-old Leonard Landa who in 1958 passed on too young in the Saskatchewan River. Like many teens today Leonard was about to be a senior at his high school Nutana Collegiate and was active in sports, specifically football. Saskatoonians may recognize the name “Landa” from the historical site the “Landa residence”. The owners of this 1911 residence were young Landa’s grandparents, William and Fannie who just happened to be the first Jewish settlers in Saskatoon. The lush residence is located in Riversdale which was one of the original colonies that eventually joined to form the city. Riversdale was a unique spot as it was very diverse. At the time new immigrants congregated with alike ethnic groups in which they were accepted. Riversdale was home to many British, German, Ukrainian, Chinese, and of course, Jewish families. This speaks wonders to the message BBYO sends today. We want the Jewish teens of today to belong to a community and not feel alone in their identity. Just as the settling Jews of the past congregated, we wish for the youth to have the same opportunity to congregate today.

So where are we now? Many members of our Jewish communities have memories of the group although it fizzles as members begin to graduate. In 2020 the task of rejuvenating Leonard Landa #5211 was taken upon Malvina Rapko, a past member wishing to give current Jewish teens an opportunity to experience the magic of BBYO she cherishes.

“BBYO was a very important part of my youth.  It was where I learned how to be on a board, how to organize events, and how to work successfully as a team. Those skills had a huge impact on my life and career.  BBYO also connected me with Jewish teens across Canada and beyond. It was an experience  unlike anything I have ever had and I am so excited for our youth to be a part of this global movement.”—Malvina Rapko

Currently, we have almost a dozen consistently active members in the group each with unique roles and responsibilities. With meetings and programs taking place each month the new and improved group is nothing less than thriving.

BBYO is a great way to create companionship and community and also to give our youth strong leadership and responsibility roles. You can find BBYO Saskatoon on Instagram @bbyosaskatoon. Having a Jewish youth group in Saskatoon is important to us all and we hope you’re just as excited as the youth is for its future opportunities.

Millia Shiffman is a BBG from Leonard Landa #5211 who loves music, video games, and scary movies.

Why My Year?: The Thoughts of a High School Senior During Corona

The Class of 2020 had to end their time as a high schooler in a way we never would have imagined.

How Can We Create Peace Between Jews and Arabs?

Check out what made this Limmud session so special!

Hear about my thoughts and opinions on virtual IC